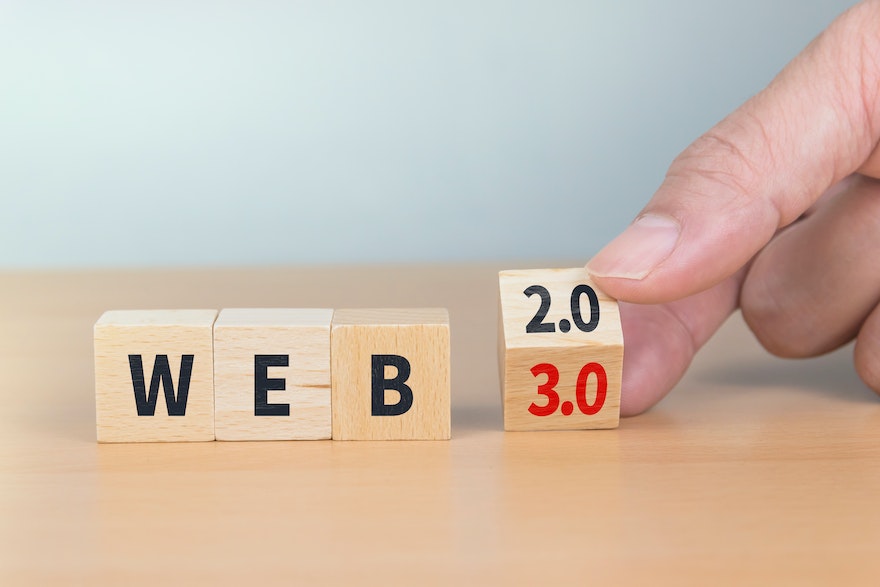 The term "Web 3.0" is often used to refer to the next internet revolution that will integrate blockchain technology and smart contracts with a decentralized network (hence, “web”) for it to be more accessible for users of all backgrounds who are not tech-savvy. The result would mean less power being given over centralized authorities like search engines or social media platforms; instead, every person could have their own small piece of the web they can control without any interference from others.

Web 2.0 is a term used to refer to the second era of web development, characterized by an increased usage and reliance on internet applications that are accessed via browsers over the World Wide Web. It follows from this definition that it is best described as "a set of principles for creating web-based software (ex: social networking sites), emphasizing user collaboration." The idea behind Web 3.0 focuses on giving users more power in terms of control over their data, with decentralized storage and peer-to-peer networking being major parts therein; thus far still little has been revealed about what precisely will constitute such technology or when it might come into existence other than some estimations suggesting 2020 at earliest (; Marr).

More and more people are moving their services to cloud computing as well as using SaaS (Software as a Service) programs such as Dropbox, Google Drive, and iCloud. This means that our data is stored in centralized servers which can make it vulnerable to hacking or being manipulated in ways we don’t want it to be. This is why many are excited about the upcoming changes in technology that will provide a new way of living through digitalization.

Simplifying a complex topic, Web 3.0 is the next evolution of the internet after Web 2.0 which was about user-generated content and social media (e.g., Facebook). The world has become more connected with smartphones, tablets and wearable devices like Google Glasses bringing us all into each other's lives 24/7 - but that trend will only continue to accelerate further in the coming years as we develop new technologies for connecting people together through their actions such as driverless cars or even flying drones delivering packages straight to your front door!

How It Will Change the Internet

There's a new internet on the horizon and it's called Web 3.0. This is the next evolutionary step of the internet, and with it will come changes in how we interact with technology and data storage. The Web 2.0 revolutionized the way we store and share information with the introduction of user-generated content, social media, blogs, etc., but Web 3.0 will take that to another level by decentralizing power across the board with immutable data storage and peer-to-peer networking.

Blockchain media is a service that utilizes blockchain technology and the Ethereum platform to deliver content. Blockchain media offers users an alternative to traditional centralized media such as Facebook, Google, YouTube, and Netflix. Blockchain media allows users to store their content in decentralized storage and use the web3 application to publish it in a peer-to-peer fashion. 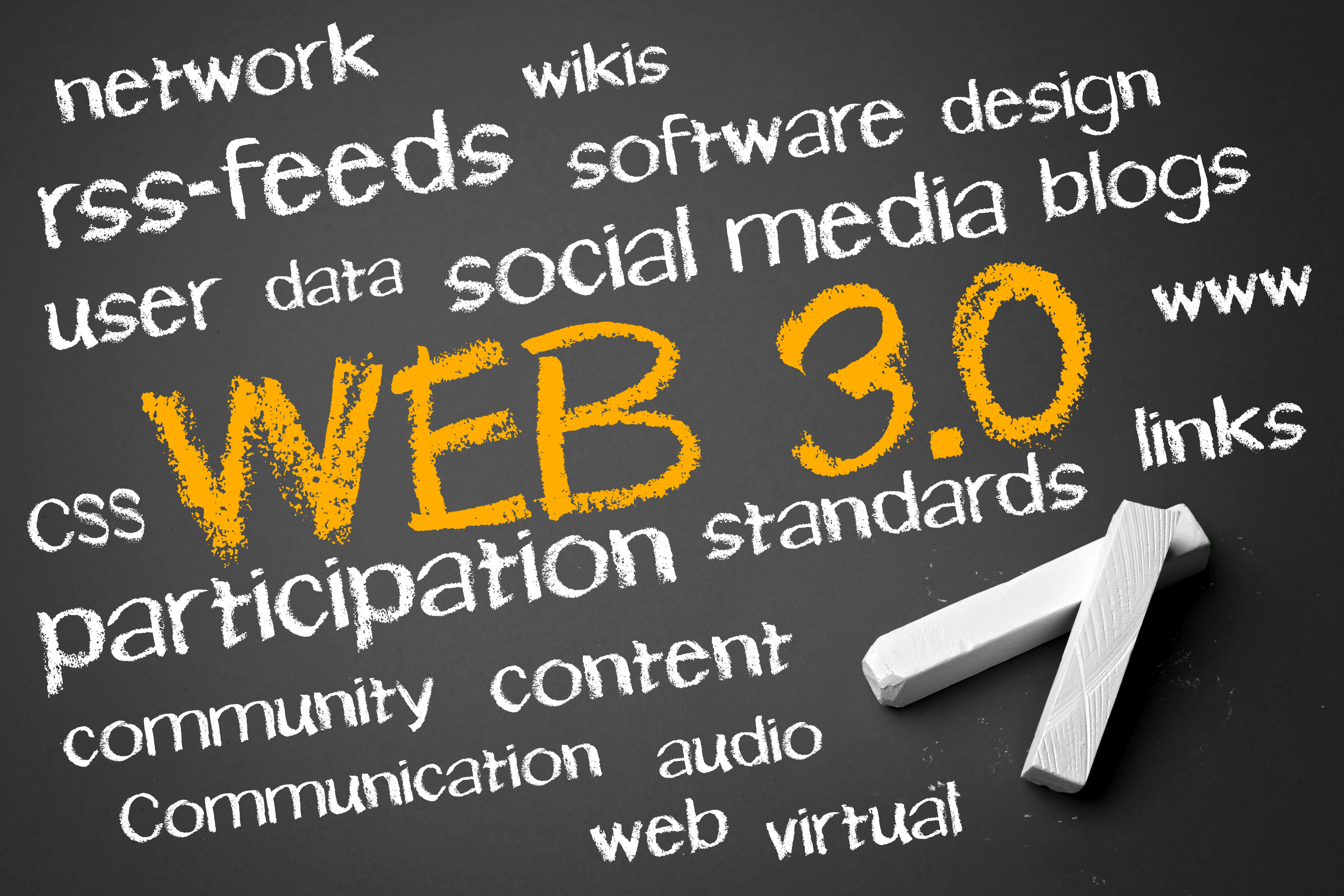 A blockchain social network or a decentralized social network is a social networking service where the user interacts with their friends without the need of a central server. It’s sometimes called Web 3.0 because it will empower people to take control of their data, privacy and security without third parties looking over their shoulder.

Decentralized networks are built on peer-to-peer networks which means that people can interact with each other without needing an authority to mediate interaction. Communication is done through sending messages or broadcast messages and typically make use of encrypted protocols so that only the intended recipient can read the content. Those on the decentralized network have the opportunity to be rewarded for adding value to the network through mining or providing bandwidth and storage capacity to other users who may not have those resources available.

Individuals on these networks will also be able to decide how much information about themselves they want others to see and what applications they want others who view them to be able to access on their behalf. All of this information can be stored in personal devices, making it impossible for hackers or cybercriminals (or even government entities) from accessing your data.

This new type of internet will enable people who have been previously marginalized by society due to race, gender, sexual orientation, etc., because they don’t fit into society’s norms, will finally have a space where they can freely express themselves and connect with those who are just like them.

How Blockchain Technology Will Impact Your Business

One of the most important aspects of blockchain technology is smart contracts. Smart contracts are automated computer programs that enforce contracts automatically through self-executing code called scripts. They work as follows: whenever two parties agree to a certain transaction, both parties put it into “code” and assign it to an address on the blockchain ledger. Once the transaction has been confirmed by being added to the blockchain, this triggers the contract to execute itself autonomously based on its pre-programmed instructions. The smart contract will automatically carry out what was agreed upon by both parties.

Blockchain technology is poised to change the internet. With its transparency, security, and decentralization, it will have a huge impact on social media and online content.

What does this mean for your business?

Blockchain technology will change your business in a variety of ways, from the way you do marketing and advertising to how you do business with clients. Blockchain may affect everything from your website to your staff’s headshots.

Forbes predicts that by 2025, around 15% of the global GDP will be stored on blockchain. And by 2030, blockchain will have made a $1 trillion impact on the global economy.

This is not something you can ignore! Now is the time to understand how blockchain will affect your business and start making plans to capitalize on it. Blockchain, a technology that has been gaining momentum over the past couple of years in certain industries, but now faces great potential for disruption across many more sectors as its capabilities continue to be revealed. It’s even possible that some companies may find themselves entirely replaced by this new technology and terminology.

If you are a business owner, then it is your duty to start strategizing now. Not only will this make all the difference in how your company fares but also in how much time and effort you need to put into making sure that happens. You can never be too ready for any situation when running or starting up a business so being proactive about strategic planning should always be on top of your priority list.

Published by Travis Martin on February 20, 2022 © Mentor Selling LLC℠
By using this website you agree to our terms and policies.

These cookies collect data to remember choices users make to improve and give a better user experience. Disabling can cause some parts of the site to not work properly.

These cookies help us to understand how visitors interact with our website, help us measure and analyze traffic to improve our service.